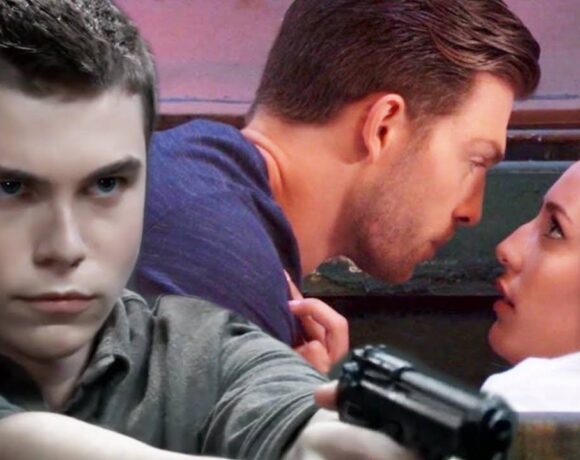 Stella is back in town and already poised to cause waves. It starts innocently enough. She and Trina get to talking about the ancestry website they both used and how they were both led to believe that they had a close familial match to someone currently residing in Port Charles. Since that proved not to be the case — or did it? — Stella’s interest is piqued.

Subsequent convos with a clearly hedging, clearly rattled Portia lead Stella to put two and two together and come up with Curtis as Trina’s biological father. But what to do with this newfound, unverified information?

An uneasy Carolyn accompanies Nikolas on a jaunt to Spring Ridge to visit Esme, all the while debating whether she’ll agree to his plan to permanently induce the young woman’s amnesia. Upon seeing that Esme is pregnant, Carolyn comes to a decision rather easily. No dice! 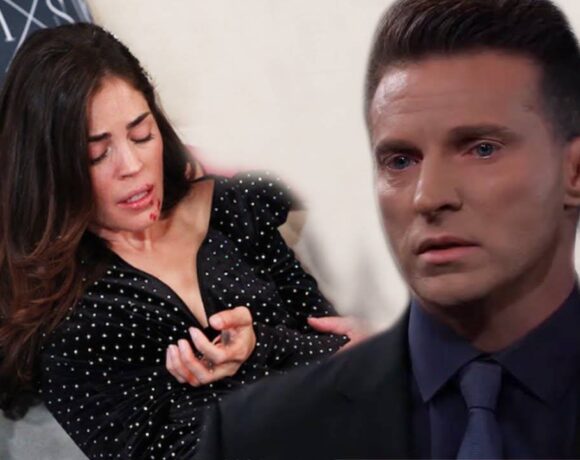 Nina Reeves becomes privy to a secret — the special closeness of two certain people. After arriving for Britt’s memorial service at General Hospital, she spies Carly and Drew in quite the clinch. “Well, isn’t this cozy?” she remarks. Considering she’s determined to destroy her rival, what will Nina do next?

Sonny continues to believe he’s all about family, whether they like it or not. But perhaps there is a thawing on that front because GH spoilers tease that Sonny supports Michael. The situation with Willow has torn his son apart, and he can use everyone in his corner — even the man he’s dedicated himself to bringing down…not that Sonny knows that.

But will Michael let Sonny see his new granddaughter when she’s born? Maxie and Sasha haven’t had much interaction since Lucy disappeared, as Deception seems to run itself. Not that Sasha is really involved anymore, but that doesn’t mean the two other co-owners can’t hang out. 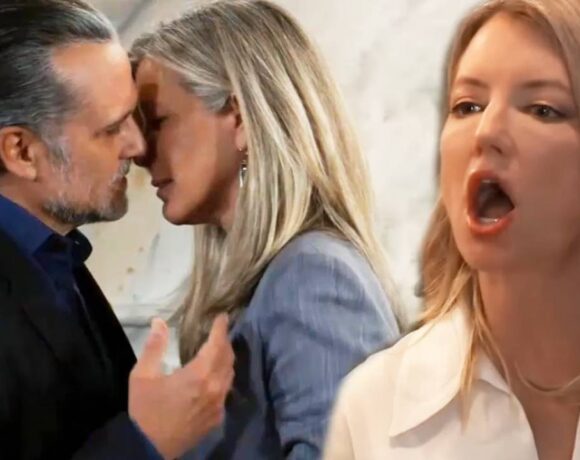 Despite telling Lucy Coe that they needed the world to believe they are all dead, Valentin and Anna are already back in Port Charles, checking in with District Attorney Robert Scorpio. But he isn’t the only one who knows they’re alive!

Felicia has been looped in too of course and asks Robert, Anna, and Valentin if they’re ready to have “it” on their conscience. Oh my, the stakes are high and these people hopefully didn’t fly commercially back to the States.

As Mayor of Port Charles, Laura Collins has to wear a lot of hats, deal with a lot of criminals, support law enforcement, and do her best to keep her city safe. But on the personal front, she sometimes has to deal with things that aren’t pleasant as well. On Friday, she will be the bearer of bad news. If it’s for her brother, Martin, he’ll get a shock in the elevator! 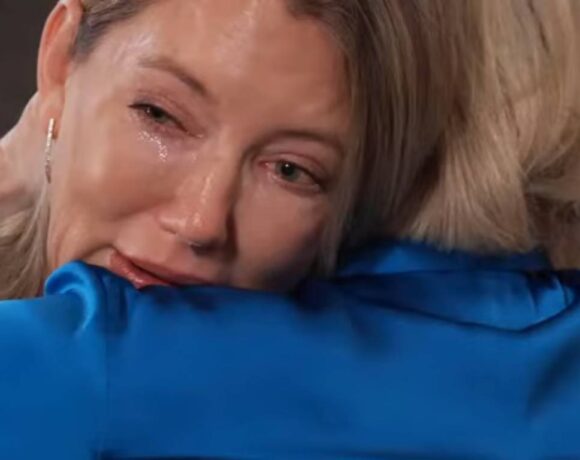 Spencer was warned by Ava that he needed to loop in Trina to his plans for suing his father and Esme for custody of his younger sibling, who will be here shortly. He is finally ready to do as she suggested, but that doesn’t mean it’s clear sailing for him or the two of them together.

That’s because this isn’t exactly making sense to Trina. Look for her to be proactive as she questions Spencer’s motives for taking this giant leap forward. After all, he’s barely out of school (and probably should still be in college) — is he really ready to be a full-time father? And what about her?

Cody makes a connection. Does it have something to do with Gladys? She’s having to get some face time with Selina Wu, who lets the other woman know it’s time for her to cover her debt. Will Cody realize there’s trouble and lend Gladys a hand? 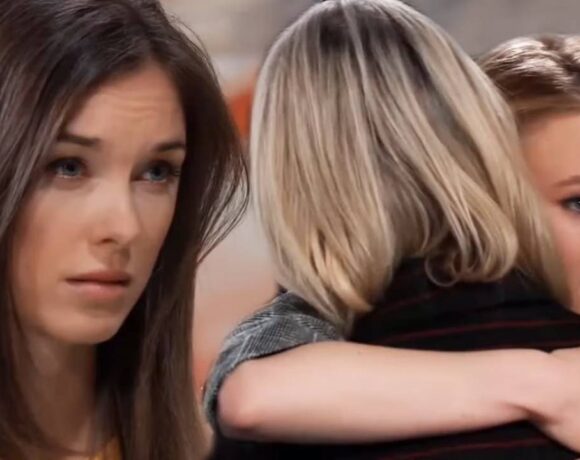 General Hospital spoilers reveal a couple wondering if they really should be, an ex on the hot seat thanks to some well-meaning pals, a lawyer getting a warning, a huge rescue in the works, and a grandfather getting a lashing from his granddaughter.

Spencer has been Team Cameron before, during, and after his pal’s breakup with Joss, but that doesn’t mean he will accept everything Cam says about the situation. In fact, it’s quite the opposite.

Spencer and Trina have a vested interest in the other couple, and stuff they’ve been told isn’t adding up, so look to them to have questions for Cam. The question is, will Cam do as Joss asked and protect Dex, whom Spencer already hates, and keep his name out of it — or will he tell their friends all about “the other guy” in Joss’s life?

Carly has felt the wrath (for about five seconds) of so many around her for keeping the secret that Nina is Willow’s biological mother. But at least she has one person in her corner — her mini-me — who totally gets why she did what she did. So it shouldn’t be a surprise that Carly decides to confide in Josslyn since she knows her daughter provides a judgment-free zone. 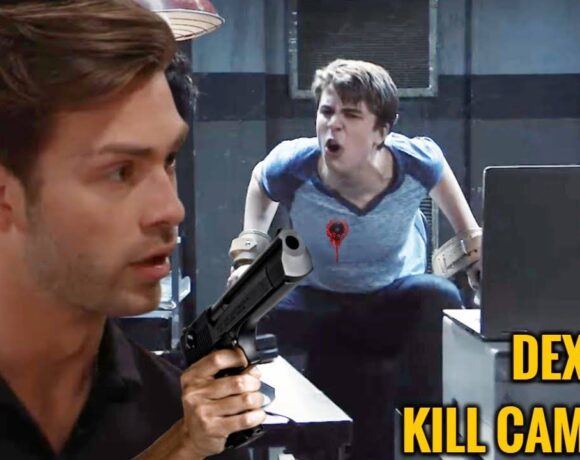 General Hospital spoilers reveal a surprise adventure, a shoulder to leaven on, pressure applied, an explanation, and so much more. You won’t want to miss a moment of this emotional new episode. Josslyn feels horrible about the way Cameron found out she’s moved on from their young love story, but she’s also just as determined to make sure her current bedmate gets to stay that way.

She knows if word leaks out to the wrong ears, it could all end in a horrible, horrible way. To that end, look for Joss to rub salt in poor Cameron’s wounds as she makes a big request of the guy whose heart she just broke into a million pieces. She doesn’t want Dex’s boss to learn about them because she knows the mobster may decide to end things in a permanent way. Will Cam do as she asks?

Speaking of Sonny, he was enjoying a lovely conversation with his nephew about what an awesome father is like when Dex barged in and just had to talk with him. So Sonny, the awesome father figure to most of Port Charles, now wants answers about why he felt the need to do that and presses Dex to give him those answers. Whatever Dex says has Sonny telling him that it doesn’t let him off the hook.

Nikolas makes his case to Carolyn Webber, about why he needs her to help him in his quest to prove Esme Prince is all kinds of awful and why he should have sole custody of his child — his pursuit does not please his mother. 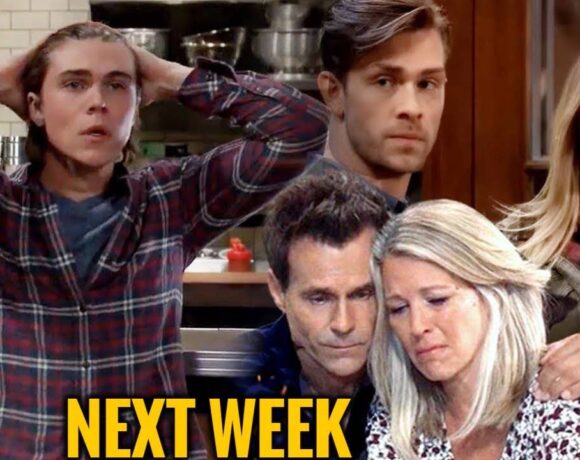 General Hospital two-week spoilers promise Esme Prince gets a huge shock in the two weeks of January 23 – February 3, 2023. Also, someone gets their heart broken while another gets awful news. See what’s going down these two weeks on the ABC soap opera.

Coming up on GH, Esme Prince is shocked. Also, Nikolas Cassadine visits Esme in Spring Ridge. This is the first time Nik comes face-to-face with Esme Prince since her memory loss. So, Esme’s shock may come when Nikolas tells her he’s the father of her baby. Also, Esme Prince’s mother, Heather Webber, hatches a new plan.

So, she might be the one to shock Esme, suspect General Hospital spoilers. Elsewhere, Esme’s ex-boyfriend, Spencer Cassadine, loops Trina Robinson in on his plans. But Trina questions his motives for gaining custody of his sibling.

Later Trina offers Spencer advice. Then, he announces his plans, likely to his father because Laura Spencer Collins tries to keep the peace. After, Laura pleads with her son, Nikolas, on General Hospital. So, soon, Spencer and his father are in a war over Esme’s baby. And it’s sure to throw the amnesiac teen for a loop. 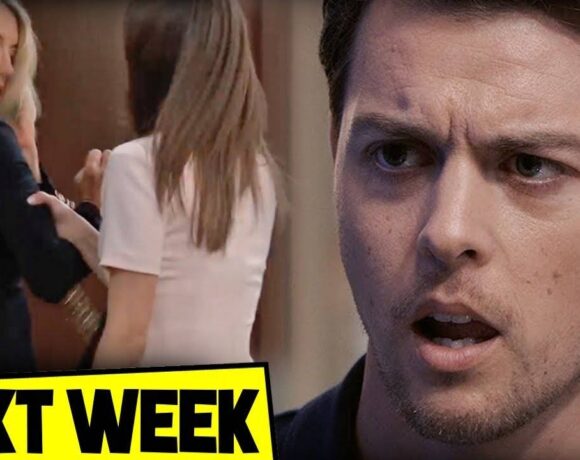 General Hospital spoilers tease a certain someone gaining power in the form of knowledge, a fraught reunion between mother and child, and so much more. This will be a week you won’t want to miss!

Hoping against hope that he’ll be able to convince Josslyn Jacks that theirs is a relationship worth salvaging, Cameron makes a beeline for her dorm room and ends up finding his ex and Dex in a compromising position.

Uh oh. That bodes well for no one…especially Dex, who would no doubt face reprisal from Sonny and Michael should the truth get out. But is Cameron willing to keep mum? Carolyn Webber makes the trek from California, but her presence isn’t exactly welcome by Elizabeth Webber, nor are her efforts to excuse the long ago conditioning that she subjected her daughter to.

Unlike Elizabeth before him, Nikolas Cassadine welcomes Carolyn with open arms. As ever, he has an agenda. An Esme Prince-shaped agenda. In other General Hospital spoilers news, Dante sets a deadline for Heather. 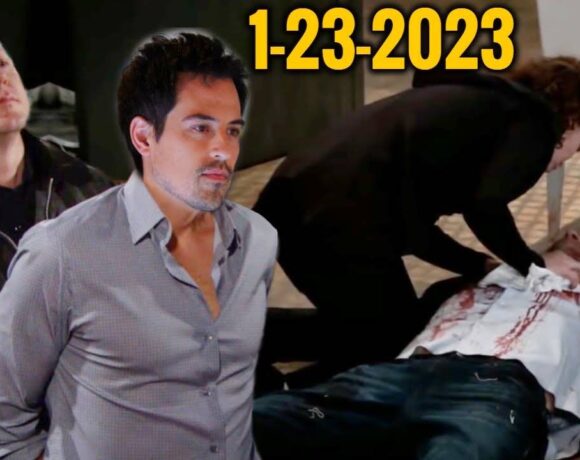 General Hospital spoilers reveal surprise encounters, sneaking suspicions, plans revealed, and so much more. You won’t want to miss a moment of this dramatic new episode.

Elizabeth thought she was finished with her parents after she left California, but then Jeff arrived for a few days to try to make amends, and now Carolyn is in town to surprise Elizabeth. None of this bodes well for her complicated life.

She just had to tell Violet that she was not getting back together with Finn, and now she has to deal with her mother. On top of that, she still is hiding a major secret with Nikolas, but it looks as if he might not be as saddened as Elizabeth that Carolyn is there. Perhaps Liz should watch what she says around her friend.

As for Nikolas, he still wants Esme’s baby and asks Laura to support him in that quest. Laura does not think this is a good idea at all, but she hasn’t heard Spencer’s idea yet. Sonny has enough on his own mind with his Carly, Willow, and Nina problems, but he also took in his nephew and wants to be a father figure for him. To that end, he is absolutely stunned when Spencer presents him with a big surprise. 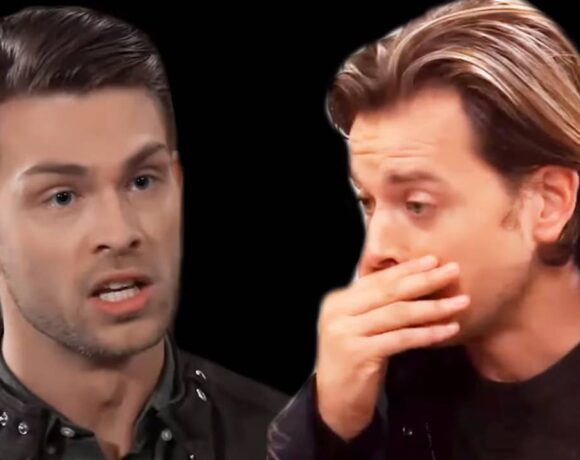 General Hospital spoilers tease that everything is finally getting to one man, a no-longer-couple needing to do some explaining, an unpleasant surprise, and someone getting vulnerable. You won’t want to miss a moment of this emotional episode.

Michael has had to deal with a lot in the last few weeks. He found out the woman he loves and is pregnant with his child kept the fact she was fighting cancer from him, that the woman they both can’t stand and blame for all that is wrong with the world is her mother, and that his mother knew and kept the secret from them both — for months on end.

Considering how much Michael hates secrets (especially when he’s not the one keeping them), is it any wonder that he’s been teetering on the edge? Well, don’t expect that to last much longer because GH spoilers reveal that on Friday’s episode, he unleashes his anger on Carly for playing G-d with Willow’s life!