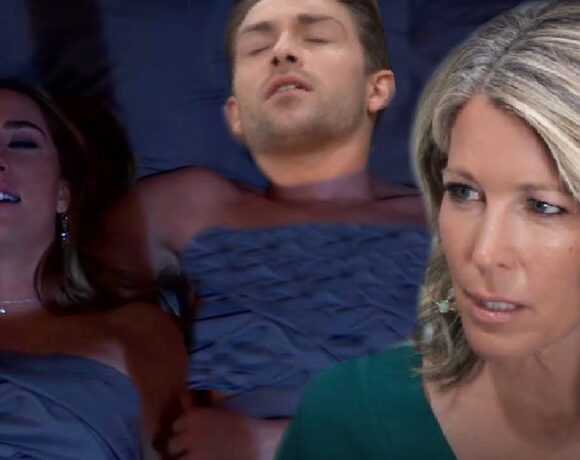 General Hospital spoilers for Monday, November 28, 2022, reveal new mysteries, pleas for help, dangerous moves, and so much more. You won’t want to miss an emotional moment of this new episode. Please note: General Hospital will air a repeat on Thanksgiving and won’t be on Friday.

Wyndemere has become Grand Central Station of late, and Nikolas Cassadine is not sure what to do. Victor Cassadine keeps popping by unannounced and even wants to move in. When he arrives on Monday, he demands to know why Nikolas has been so on edge of late.

Nikolas also has to contend with pregnant teenager Esme Prince, who he has locked upstairs in a tower, as well as Elizabeth Webber ready to be her nurse. While Esme once again begs a smug Liz to let her go free, GH spoilers say that Victor jumps to the wrong conclusions. Does he find Esme and wonder if she’s been there all along, or does he think Nikolas and Elizabeth are now sleeping together?

Meanwhile, Ava Jerome Cassadine is enjoying a martini at the Metro Court with no idea any of this is going on when Kevin Collins and Mac Scorpio approach her with some questions. Does this have anything to do with Esme? 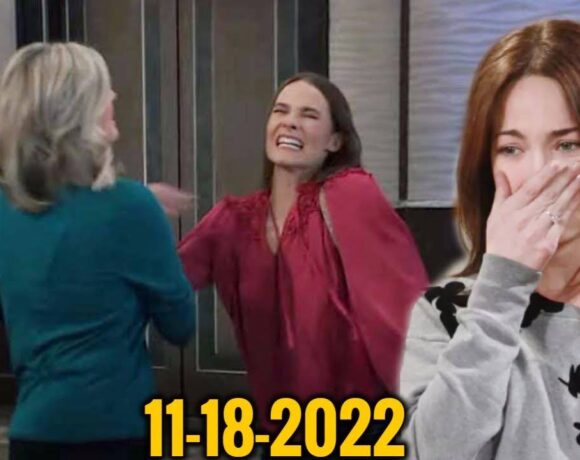 General Hospital spoilers for Friday, November 18, 2022, reveal serious warnings, more suspicions, lovers reuniting, and so much more. You won’t want to miss an emotional moment of this new episode.

If there is anyone in Port Charles who is all knowing, it’s Laura Collins. The mayor may make some exceptions for some criminals, but she will not make one for Victor Cassadine. She knows darn well he is behind what happened to Lucy Coe and that he is planning something even worse for Anna Devane and Valentin Cassadine.

When Laura and Victor meet up on the pier, she doesn’t mince words and warns the man who wants to rule the world that she is going to take him apart so he better be careful. Victor doesn’t seem scared, but he was scared enough a few months ago to ask Valentin to just kill her.

Elsewhere, Robert Scorpio questions Holly Sutton about the night she arrived back in town, and she doesn’t quite know what to tell him. Outside town, Valentin and Anna reunite but he warns her that they have to leave the safe house as soon as possible because she is in more danger than they originally believed. 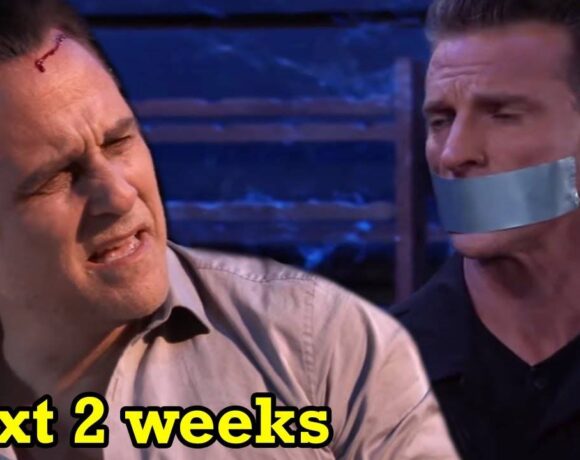 General Hospital next 2-week spoilers show Britt Westbourne‘s worst nightmare coming true in the two weeks of November 14 – 25, 2022. Also, someone is nearly caught while another is hit with a bombshell on GH. Take a look into the next two weeks with brand-new spoilers for the ABC sudser.

Next week on GH, Britt Westbourne gets news that she’s been dreading since learning she has the marker for Huntington’s disease. Britt has kept her diagnosis a secret from everyone except her mother, Liesl Obrecht.

Also, Britt let Liesl tell her boyfriend, Scott Baldwin. But that was it until recently. Her co-worker Austin Holt noticed her tremors. So, she came clean to Austin recently on General Hospital.

Soon, Britt gets bad news — likely that the disease is progressing. Then, she confides in her mom. The Britt Westbourne actress is leaving GH this month to focus on the primetime drama Station 19. 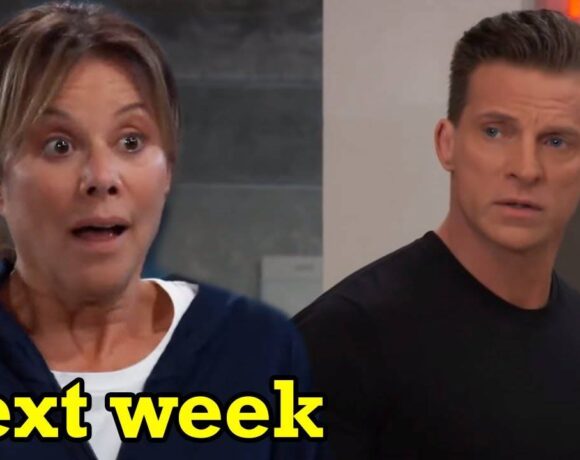 General Hospital spoilers for November 14 – November 18, 2022, tease stymied progress, a much-appreciated assist, and so much more. You won’t want to miss this all-new week.

Trina Robinson and Spencer Cassadine meet face-to-face for the first time since the latter was shuttered off to Pentonville, and though the longing and the sexual tension between them are painfully evident, neither seem poised to broach the subject — which does really negate the point of the two coming together in the first place.

In a bid to track down her biological parents, Willow Tait and Michael Corinthos endeavor to begin at the beginning — or, more precisely, the commune where Willow is under the impression she was born. Joining the truth seekers in their efforts is none other than Drew Cain, apparently in want of something to do since his attempts at making a real go of it at Aurora Media have failed so spectacularly.

In other GH spoilers news, Sasha Gilmore Corbin marks a sad milestone, Carly Corinthos learns of Josslyn Jacks’s attempt to play Florence Nightingale, Nikolas Cassadine turns to a friend for help — he has one of those?! — and Laura Collins calls it as she sees it. 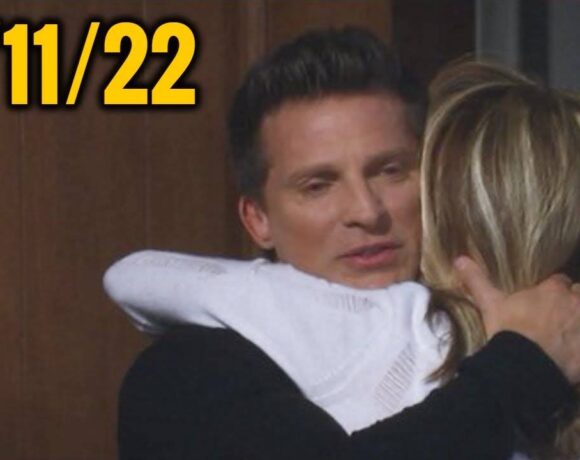 General Hospital spoilers for Friday, November 11, 2022, reveal close calls, deep confessions, surprise visits, and so much more. You won’t want to miss an emotional moment of this new episode.

Jordan Ashford has to do her job and part of her job is finding fugitives, even if they are her friend and she knows they are innocent. To that end, she calls Sonny Corinthos down to the Port Charles Police Department to question him regarding what he knows about Anna Devane’s little escape.

Sonny is not talking but he is definitely worried about Dex Heller and hopes that he turns up soon. Josslyn Jacks seems to hope the same thing.

Meanwhile, Laura Collins pays a visit to Pentonville and learns her brother, Cyrus Renault, has been looking after Spencer Cassadine. As Laura and Cyrus catch up, Anna enters the conversation and Cyrus assures her that Anna will be better off on the run and not in Pentonville. 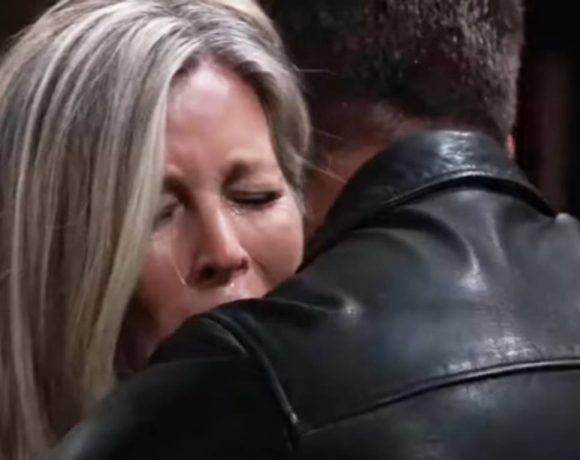 General Hospital spoilers for Wednesday, November 9, 2022, reveal emotional confessions, dangerous situations, split decisions, and so much more. You won’t want to miss an emotional moment of this new episode.

When Michael Corinthos spots Willow Tait in TJ Ashford’s arms weeping, he knows something is up and quickly assumes that perhaps Nina Reeves and Sonny Corinthos are right and Willow really is cheating on him. After all, she has cheated before.

TJ leaves Terry Randolph’s office to allow Willow and Michael to discuss things, and he angrily demands to know what is going on. GH spoilers say that Michael gets shocking news, so it’s a pretty good bet that Willow can’t hold off any longer and has to tell Michael that she has cancer, and she allowed it to progress to stage 4. That would certainly be a stunner for Carly Spencer’s oblivious son.

As Valentin Cassadine sits in his car and waits for the car he left for Anna Devane to show up, he gets antsy when she is late. However, she might be in some pretty bad shape considering that the truck she is in crashed and a gun went off. 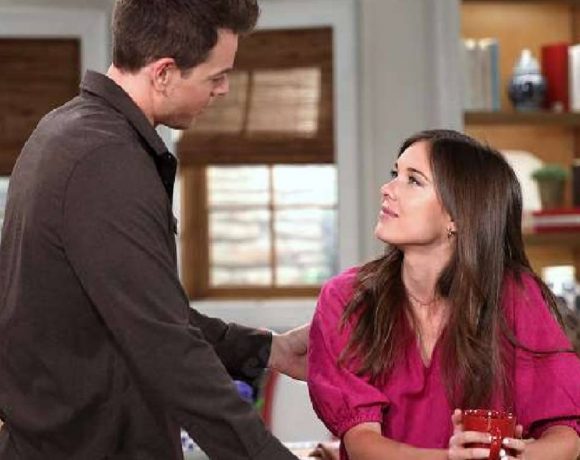 General Hospital Next 2-week spoilers promise Michael Corinthos and Willow Tait will take a big step in the two weeks of November 7 — 18, 2022. Also, someone struggles with a secret while another gets closer to the truth on GH. Get a look into the next two weeks on the ABC daytime drama.

Next week on GH, Michael Corinthos is shocked by what he hears. Later, Michael faces off with Nina Reeves. So, it seems like Michael hears her suspicions about Willow Tait and TJ Ashford.

Because of Nina’s meddling, Willow may finally tell Michael Corinthos she’s sick. Later, Nina tries to do damage control. So, she may also learn of Willow’s cancer, suggest General Hospital spoilers. Then, Willow Tait and her man make a huge decision.

Their decision may involve Willow’s treatment. However, GH spoilers hint Willow may soon marry Michael. But then, Michael is stunned by Willow. Elsewhere, Sonny Corinthos meets with Brick. 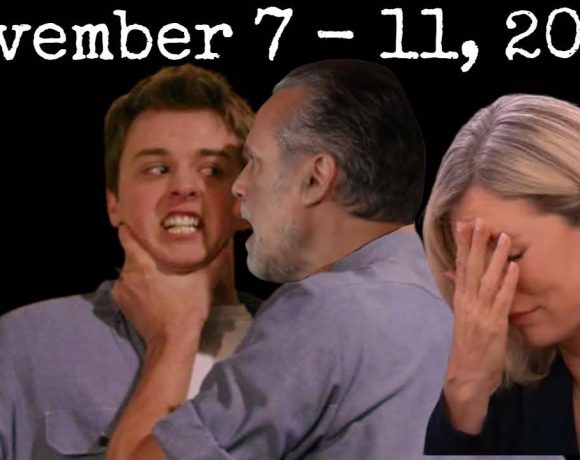 General Hospital spoilers for November 7 – November 11, 2022, tease well-meaning irritants, a foolhardy plan, and so much more. You won’t want to miss this all-new week.

In light of Victor Cassadine’s latest threat, Holly Sutton resigns herself to taking on the role of Mata Hari — but an unwitting Robert Scorpio doesn’t exactly make it easy for her.Laura Collins’s return to town will also see Holly’s efforts stymied as well as lead to suspicions that all is not as it seems with the British beauty.

After ensuring that Charlotte Cassadine is safe, settled, and secure, Valentin Cassadine makes a beeline for Anna Devane to both thank her for the aid she rendered him in Switzerland and to assure her that he plans to see her freed from her current predicament…which is going to prove to be easier said than done given that Anna is bound for Pentonville.

In other GH spoilers news, Victor issues new orders, Cody Bell makes a big decision, Nikolas Cassadine gets an unpleasant surprise, and Scott Baldwin gets a blast from the past — but will it be a pleasant one? Inquiring minds want to know. 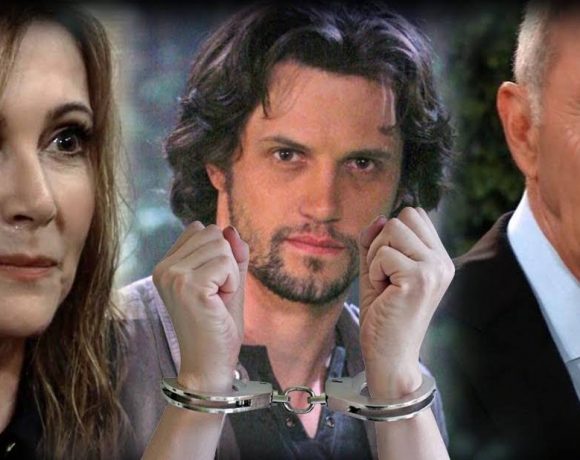 General Hospital spoilers for Monday, November 7, 2022, reveal dramatic reunions, huge confessions, suspicious minds, and so much more. You won’t want to miss an emotional moment of this new episode.

After thinking Victor Cassadine would manage to keep Anna Devane and Valentin Cassadine apart for months, Valentin makes it back to Port Charles in just two weeks in real time and probably just two days in PC time. Laura Collins and Kevin Collins certainly got the job done.

The first place Valentin goes is Anna’s jail cell to assure her that he has a plan to get her out of there, and she just has to trust him. Anna really wants to believe him but is not feeling very optimistic at the moment.

Meanwhile, Victor thinks his plan is going swimmingly. He has Holly Sutton doing his dirty work and she even tries to pump Robert Scorpio for more information on Anna’s case. 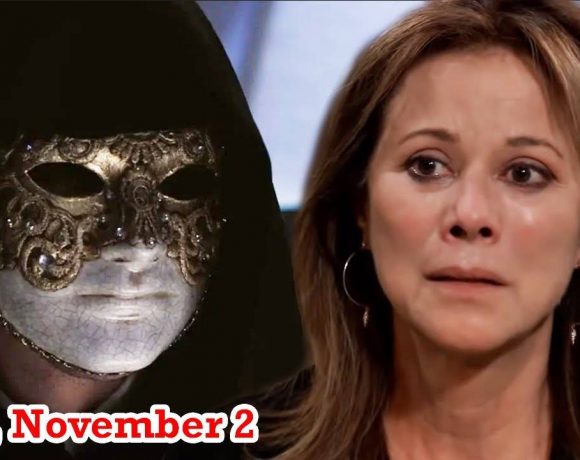 General Hospital spoilers for Wednesday, November 2, 2022, reveal risky moves, dangerous suspicions, true confessions, and so much more. You won’t want to miss an emotional moment of this new episode. Alexis Davis used her platform to publish a piece asking The Hook to show their face — or at least slightly come out of hiding and it looks like it worked.

When Alexis takes the note she received from the killer to the Port Charles Police Department to show Jordan Ashford and Dante Falconeri, she is ready to go rogue and publish more op-eds to see if The Hook will make more contact, but Jordan strongly warns her against it.

Even Gregory Chase thinks Alexis is playing with fire, but Alexis has never been one to listen to sound advice and it looks like she will be a key to catching PC’s latest serial killer.

Elizabeth Webber is in a state of shock after Jeff Webber confesses that it was her who pushed Reiko Finn down the stairs and not Jeff. He was ready to take the fall for her, but Caroline Webber wanted the truth out. Now Liz has to face her past and agree to hear her parents out. What can they say to redeem themselves?