Elsewhere, a devious plot intensifies, and someone’s health plummets on General Hospital. Now, check out what lies ahead during the next two weeks on the ABC daytime drama.

Next week on General Hospital, things get wild for Ava Jerome and teen psycho Esme Prince. Currently, the she-villain is in panic mode. She must keep the shady bartender who sold her the burner phone quiet. If she doesn’t pay him off, he’ll turn her into the cops.

On top of that, Spencer Cassadine soon tells his terrible girlfriend he found her birth mother. But, of course, it’s all a ploy as seen in General Hospital recaps. And he tries to get her out of Port Chuck. It looks like it works because in the week after next, Esme prepares to skip town.

Continue reading on the next page 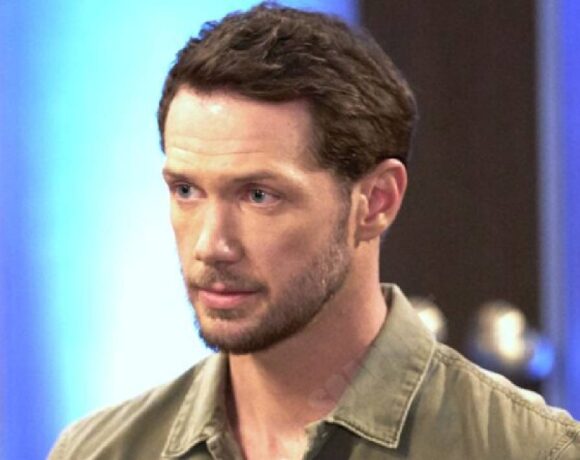