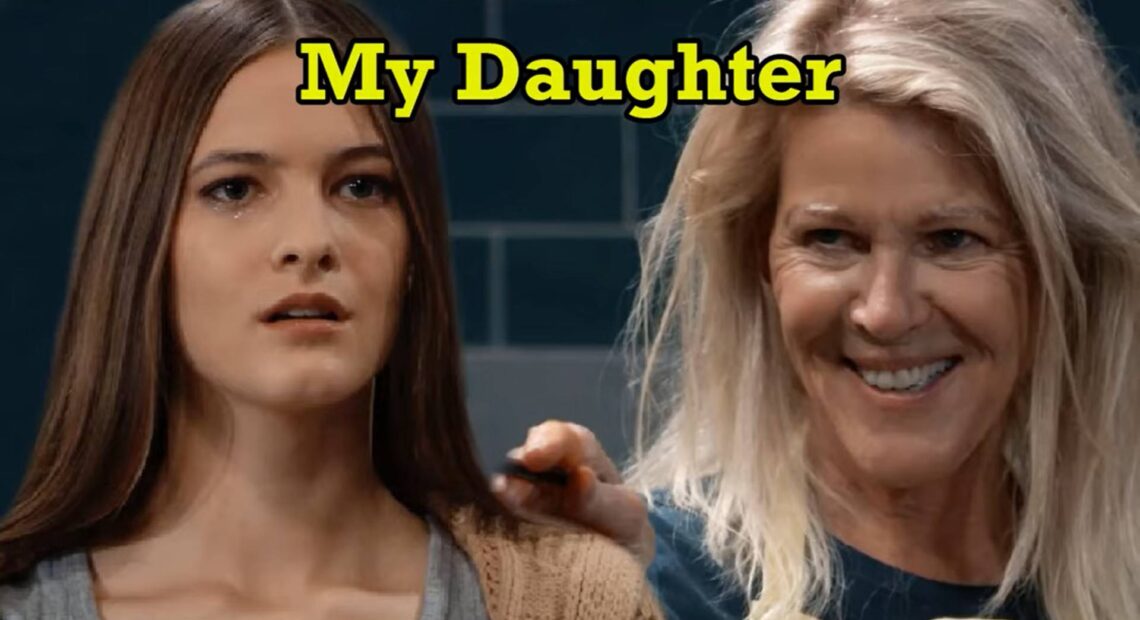 Josslyn Jacks clearly has strong feelings for Dex Heller and probably would never have stopped kissing him in her dorm room if he hadn’t hightailed it out of there quickly. When Josslyn tells Carly Spencer, she’s made a decision, Carly questions if this is all brought on by Dex. Is she ready to finally break up with Cameron Webber and accept that he won’t fall apart? It would be the right thing to do.

As for Dex, he tells Michael Corinthos his tale of breaking Anna out of jail and getting shot, all at Sonny’s behest. However, when he gets to the part about Josslyn and Carly coming to his rescue, Michael is furious and gives Dex a stern warning.

We’re sure Dex is quaking in his boots. Harrison Chase still can’t believe that Brook Lynn Quartermaine was willing to let him never be a cop again as long as he kept singing her songs.

When he laments his problems to Sasha Gilmore Corbin, she tells him that she believes that BLQ meant well and thought she was doing the right thing for the both of them. When Brook Lynn does decide to do the right thing and tells Dante Falconeri she is ready to write that letter now, he informs her that she is too late.