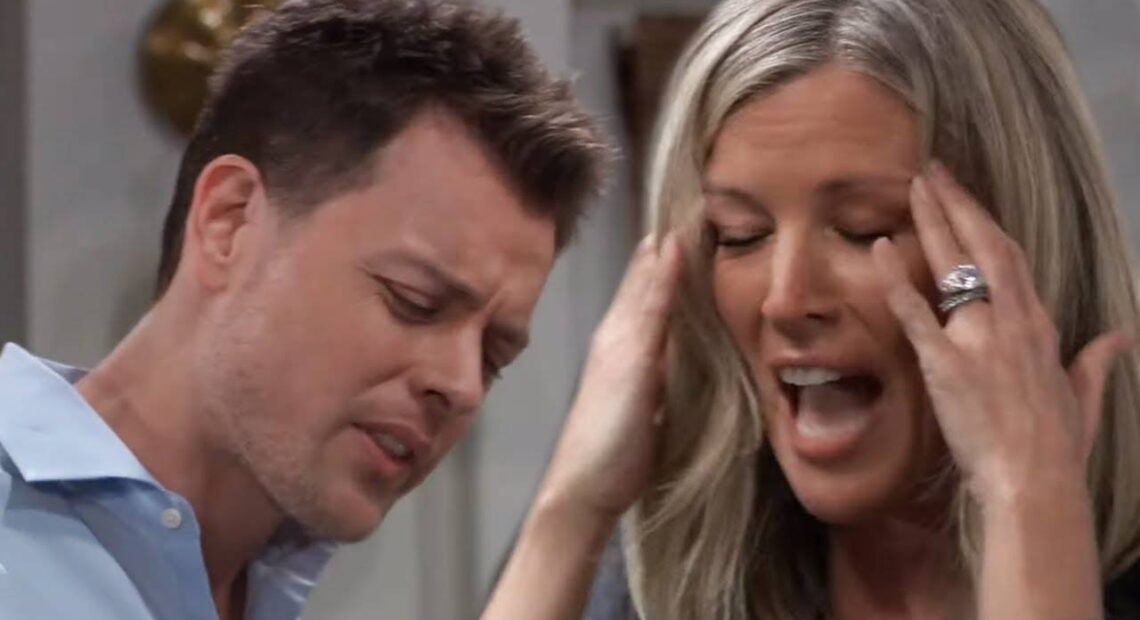 General Hospital spoilers reveal dramatic confrontations, shocking news, big asks, and so much more. You won’t want to miss a moment of this emotional new episode.

Although Sonny knows Carly better than anyone, he still can’t believe she held onto the secret that Willow is Nina’s daughter, considering what happened when she withheld the same secret about Nelle. However, he also knows her well enough to realize she was definitely not trying to protect Willow by keeping the truth from her of who her mother was. Drew may believe that, but Sonny knows better.

GH spoilers say that Carly is offended by an accusation Sonny hurls when he finally confronts her. Carly is back in the chapel where she revealed the truth to Nina. Does he accuse her of only praying for Willow so that she doesn’t have the young woman’s death on her conscience? That does seem pretty offensive, even if it does have a ring of truth to it.

Michael might be worried sick about Willow and trying to focus on her well-being, but he still has his little revenge problem he brought on by himself. He may be getting along with Sonny at the moment, but Dex is still out there ready to do his job as he reassures Michael things will go smoothly.