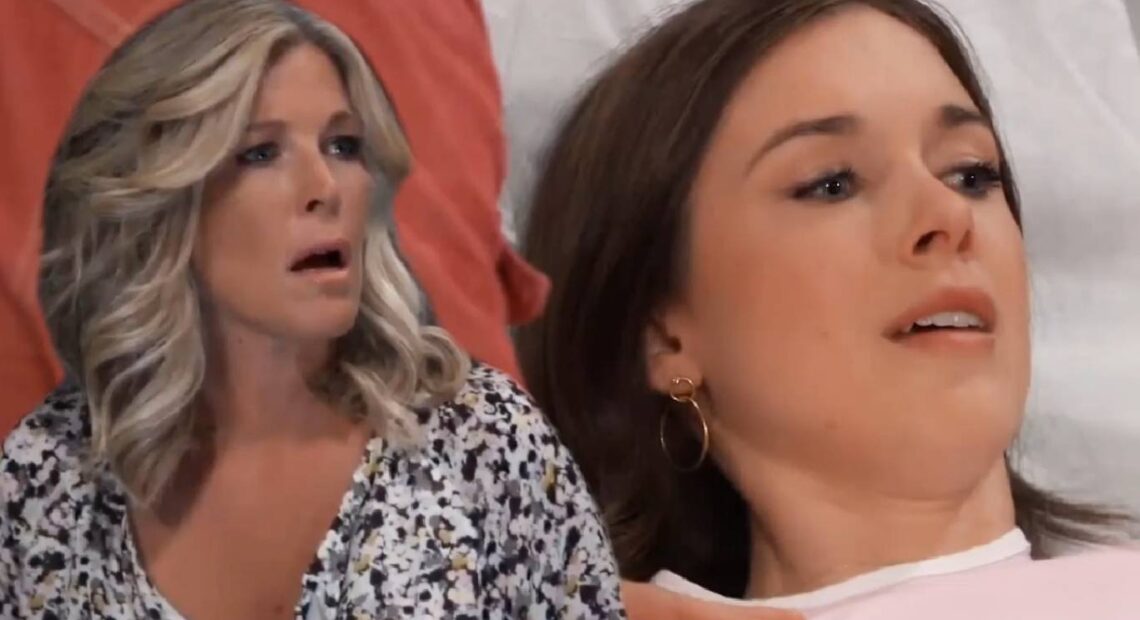 General Hospital two-week spoilers confirm Carly Corinthos Spencer deceives everyone close to her, and the result could be fatal in the two weeks of December 5 – 16, 2022. Also, two villains join forces, and a tragedy hits GH. Get a glimpse of what to expect over the next two weeks on the ABC soap opera.

Next week on GH, Carly Corinthos Spencer makes a move that changes her life — and not for the better. Next week, Carly begins her plot to interfere in Drew Cain’s search for answers. Of course, Carly Corinthos doesn’t want to deceive Drew. But she must stop him from finding Willow Tait’s birth mother. Carly is the only one who knows that Nina Reeves is Willow’s mother.

And in her mind, she’s protecting Willow from Nina, per General Hospital spoilers. But Willow and Carly’s son Michael Corinthos, won’t see it that way. Indeed, Willow will feel betrayed by Carly. And she could very well die if Carly doesn’t fess up.

Also, Drew will be livid that Carly lied to his face about Willow’s connection to Nina. Plus, she actively derails his search for her parents. Later, Carly Spencer’s scheme goes sideways. Then, Drew gives “Millow” bad news. Also, Drew bonds with Willow.