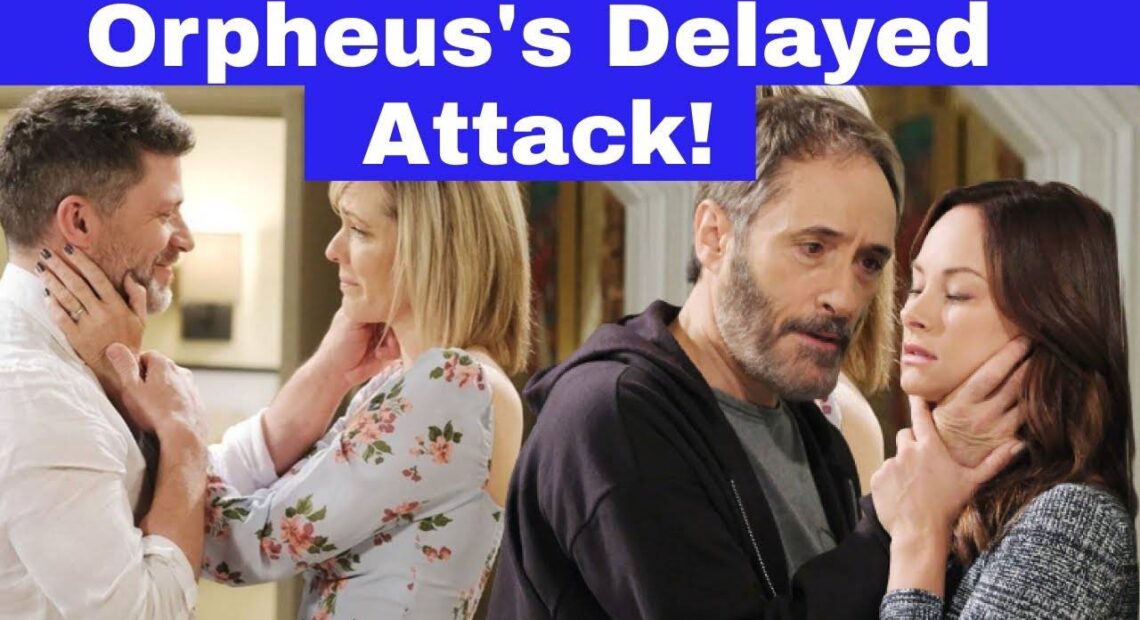 Days of our Lives spoilers for Thursday, September 15, 2022, tease inconvenient information, a difference of opinion, and a custody crisis. You won’t want to miss a minute of this all-new episode.

Not that he’ll believe anything that comes out of her mouth — and why would he considering the number of out and out lies she’s told him to his face — but Gabi Hernandez DiMera takes it upon herself to tell EJ DiMera that his brother is back from the dead.

No, not Andre DiMera. Not again. And no, not Benji Hawk. He’s literally the only male DiMera — outside of Jake DiMera, maybe — to die and actually stay dead.

No, the newly resurrected DiMera is none other than Stefan O. DiMera, lustchild of Stefano and Vivian Alamin. Given that EJ has a real inferiority complex, this news will not go down as a treat.

Days of Our Lives Spoilers: Justin Kills Orpheus, What happensfor Justin in Salem?